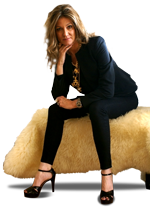 I’m Kim, a wife, a proud mother of three girls, and an obsessive political junkie. I am a working woman that supports her husband in his small business, a business not unlike many other businesses that built this great nation. I am an unapologetic capitalist. I started working at age 12 and have never stopped.

I have learned from history what a government with too much power can do to it’s own people. I have learned that Socialism is simply a method to grant the government more power, and the people less freedom and less control of their own lives. I am hoping that this little domain gets the attention of the GOP, and that those in power will put their egos aside, open their minds, and listen to those of us that can see why we are losing this country and elections. I am tired of sitting back and waiting for the Republicans to “get it” on their own, so here we go.

This site is to give helpful ideas to The RNC, Candidates, Conservative Alternative Media, and the Voters so that we can be victorious in bringing America back to her glory and put her people back on a path of self empowerment.

A friend once said to me; ”I tell my kids that it is not the news that you hear that I worry about, it is the news that you don’t hear that I worry about”. This made me ponder, and I realized that the problem is that many Americans think that they are educated, and they think that they know what is going on in our country and around the world. Many of us don’t realize that we are all fed what the media wants us to know, or not know.

Republican ideas sell themselves, however we need to Educate the people and learn to Communicate what these values are and what they mean. We need to teach people that if they embrace our ideas, nothing can hold them back, not color, not gender, not status, or background. The only thing that can hold people back is excuses, laziness, lack of ideas, and the big one is the Government. You will never reach your dreams on the government dole. Trust me, a free block of cheese will never fulfill you as much as walking into a store and buying whatever you want with money that YOU have earned.

#1 Educate and Communicate – How to effectively inform the Voters while working around the mass media.

I have for years emailed the RNC, GOP, Radio talk show hosts, Political Candidates with ZERO replies. I have worked for republican candidates, made phone calls, walked the streets putting leaflets on doors, poll watched; but nothing changes. During every election we republicans out here are scratching our heads saying, “WHY?”. Why did he say that? or Why didn’t she do or say this?” Well here I am, just simply trying to do something about it. There are some great ideas coming from the masses out here and I hope and pray that you listen to us for the good of us all.

#2 Communicate to Candidates and Media – How to get “the people’s” ideas and desires effectively to the Candidates, the RNC and the Alternative Media

Please Note: I am using the word REPUBLICAN, not conservative because the Republican Party is what runs against the Democrat party (Not liberal or socialist) and I refuse to separate our party with nomenclature like conservative, rino, or establishment republican.

How do we EDUCATE and COMMUNICATE TO the American people with the dishonest mass media on TV all day every day? This being the million dollar question that
“The Republican Edge” will try to answer.