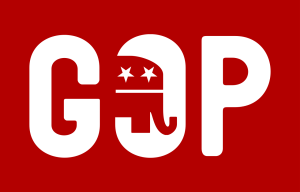 DO IT!  Yes, the Democrats are going to attack you, so eat or be eaten.  Republicans should not be timid about using accurate words to describe their opponents, i.e. liar, hypocrite, elitist, socialist, communist, etc.  Just say it!  If your opponent acts indignant at the nomenclature, explain why you said it and STAND BY IT.  Yes, the liberal media will profess to be outraged over the use of such terminology, but that just gives you more air time to explain why it was said, and then get your issues out while you have their attention.  Do not apologize.  We need to be large and in charge, no one respects a wimp, so let’s bring out the John Wayne in us all.

The Republican Party has a much more diverse range of ideas compared to Democrats.  It seems that Democrats just all goose step in line while supporting their candidate and his or her ideas.  We Republicans, not so much, as that is just not in our nature but we have to unite to win.  STOP attacking your own party and START attacking the Democrats that we are running against and their Socialist agenda.  Reagan was right about this one.

DO NOT be intimidated by your opponent’s gender or color.  Republicans do not judge people by color or gender so do not start when debating someone or pointing out their shortcomings.  If you are called racist or sexist for defending yourself or your country then stand up for yourself and get louder not meeker.  If you are being accused of unsubstantiated racism, you may want to ask your accuser why color seems to always come into the argument with Democrats.  Ask your attacker if he or she is the racist one?  DO NOT acquiesce.  We seem to fight and then just stop which makes it look as if the accuser was accurate in their attack.  Stay strong, stay on topic, stay defiant towards their accusations, and do not acquiesce.

4. EMBRACE THE PARTY OF SMALLER GOVERNMENT

DO educate the electorate on Big Governments of the past and present, i.e. Germany, Russia, China, Iran, Cuba, etc.  Make Americans understand that when government gets too much power, the people lose power.  Remind them that the Republican party is fighting to put more power in the voters hands because only the individual knows his or her dreams, not the government.

DO Visit minority neighborhoods and venues.  Republicans seem to stand back and wait for Americans to figure out that we are on the side of everyone regardless of color, gender or religion.  Well it is NOT happening as we stay back and these citizens are being inundated with negative information about our party from the left.  We have to be on offense and take the conversation to them so that our truth can be heard.  Please go visit all neighborhoods and talk to the people.

DO come up with a plan for every failing issue so that all of our lives will be improved and our children’s future will be saved!  It is great to point out what is wrong with the Democrats agenda, however we have to also inspire the people to choose us.  For example, stop accepting failing schools and push for a new path for educating our youth.  Stop accepting a failing Social Security and educate the voter on what needs to be done to save SS.  Stop being dependant on Saudi oil and instead drill at home.  Stop accepting a failing healthcare plan called Obamacare and have a complete replacement ready and deliver it!  Have alternative ideas.

7.   THE DEMOCRATS OWN THE MEDIA BUT YOU CAN OWN THE CONVERSATION

DO get AIRTIME!  I know that it is tough being a Republican out there but demand airtime.  I don’t care if you have to drop the “F” Bomb, call Obama a Socialist Dictator, or take your shirt off and dance around the room.  Take any press that you can so that you can talk about saving our country and Republican ideas.

8. GET YOUR SEXY COOL ON

Like it or not, this electorate is driven by visuals and we need a makeover because our party is tagged with the “old white guy” image.  This opportunity was totally lost with a good looking ticket like Mitt Romney and Paul Ryan.  If you need a stylist, hire one.  If you need to go rock climbing in tight shorts and a t-shirt, do it!   Whatever you need to do to attract voters, please do it and let them see you having fun!

DO speak in basic terminology.  You must sound smart, BUT speak in basic terminology so that the voters can understand what you are talking about.  Be careful when using terms like; Pork Barrel Spending, Discretionary Spending, GDP, ED, USDA, GDP, and so on, you get the picture, the voter may not.  Use the correct terms and then explain what they mean, remember EDUCATE.

DO NOT be afraid to take on the Unions.  We all know that unions get their power from the DNC and in return the DNC gets rewarded by the Unions.  The problem with unions is so much bigger than just their relationship with the DNC.  The incompetence in our government schools affects our children’s education, which affects our work force, and affects the future voting public.  The unions have strong arm on business, which kills jobs and limits business potential.  They forced Obamacare on us and then ask for exemptions.  We could go on and on but the point is be brave; think Scott Walker.

DO talk to us about what you have done since Harry Reid was taken down from his thrown.  Tell us about the large amount of bills that were dealt with after Reid and tell us about those that Obama is blocking.  Explain how Democrats in power have been blocking progress.

DO be very involved with Social Media.  Very few young people watch TV news or listen to talk radio.  Please get very involved with Facebook, Twitter, Pinterest, MySpace, etc.  Make your points short and to the point as we all have short attention spans.  Educate with your  “tweets” about Freedom, Self Reliance, Inspired Success, Conservative Values, etc.  Go on late night shows to connect with the electorate and show America just how cool Republicans really are.  Remember COMMUNICATE.