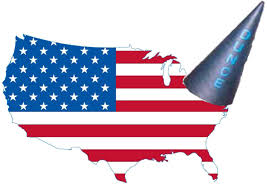 When they cannot deny the fact that fulltime unemployment is at an all-time high,

When they cannot deny the fact that Welfare and food stamp payouts are off the charts,

When they are forcefully shoving an unpopular, massively expensive, disaster of a healthcare system down Americans throats like we are a flock of geese,

What does the Democrat party do?

They call us stupid, and then ask for our votes!  They promote the sick and twisted idea of America paying its citizens not to work as a positive.  Act as if all of these undeniable problems are good things.  Their plan is to ignore all reality and hope that the government schools have done their job of dumbing down the electorate so that this flock of geese will follow them anywhere, relinquishing our fattened livers in the form of votes.

I have a hard time comprehending how an idea like this was even conceived in the DNC brainstorming meetings.  I can just imagine someone bringing this to the table and the rest of the group laughing and responding with something like; “That is totally insane! LET’S DO IT!”

Republicans would never attempt such a play and would never insult you in such a blatant manner.  Democrats are much better at playing the political game, and Republicans are much better at governing.  Please people, vote for substance and not the media hype and liberal spin.  When something sounds too good to be true, it probably is.  Successful governing and management often entails honest and sometimes tough talk that we do not want to hear;  individuals should work to feed themselves, government should get out of the way and not pay her citizens to stay home and finger paint, individuals should take charge and be responsible of their own lives.  We do need a “safety net” but only for the temporarily unemployed, for the disabled and the elderly.

Thanks to Obama and the DNC our country is in a downward spiral.  If the American voter does not pay attention, this train will crash, and in the end, the politicians and their cronies will be fine, but we the people will not be.  America is a prideful nation.  Let us not lose that.

2 thoughts on “Insulting Your Intelligence”